Worcester Bosch is a market leader in high efficiency condensing boiler technology; all of their products are designed to deliver the best of heating and hot water comfort. 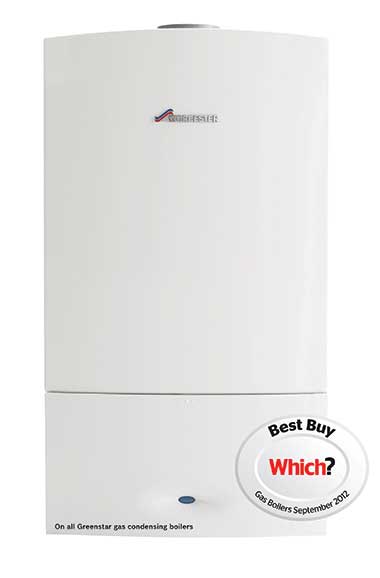 They have been manufacturing boilers for 50 years from their UK headquarters in Worcester, where they have their national distribution centre and contact centre.

As part of the Bosch Group, Worcester Bosch boilers are designed and built to exacting standards and constructed with only the highest quality materials, to provide the levels of quality and service that you would expect from a brand within the Bosch Group. Every single Worcester boiler is rigorously tested before it leaves the factory.

In 2009 Worcester Bosch received a Royal Warrant in recognition of supplying goods to her Majesty the Queen, joining a small select group of companies to hold a Royal Warrant.

In the last boiler survey in Which Magazine (2011), Worcester Bosch was awarded Best Buys for their Greenstar range of gas boilers — 23 models in total.

We install, service and repair the following Worcester Bosch boilers.

To find out more about Worcester boilers, contact our team of experts who can help you in finding the most suitable boiler for your home.

What our customers say

Very friendly, helpful and professional, it was a pleasure having Simon in the house. Would recommend to anyone who needs a new boiler.

We cannot praise Simon enough,  his in depth knowledge of building codes and regulations together with his quality of workmanship show a high level professionalism. From the hardware he installed to his creative solution that our house presented him with and the post-job customer support, every part of the process was efficient, imposed minimal disruption and done with the greatest of care. We highly recommend Simon Turner.

Simon did an excellent job for us. He arrived having e-mailed to let us know the exact time he would arrive. The work was carried out within the time specified and was done without any mess and with minimum disruption. Overall, a superb job at an exceptionally good price. I couldn’t recommenced Simon more highly.

Simon did a great job replacing our very tired and broken old boiler. He arrived when he said he would, explained what needed doing and why and kept me informed along the way. He was extremely neat and tidy, courteous and great rates too! I will be calling Simon next time we need any work doing and would absolutely recommend him to anyone else.

Simon installed a boiler for me. He takes an efficient, no-nonsense approach to his work. He inspired confidence in his know-how and integrity when giving a quotation. Working solidly, Simon completed the installation in the time arranged and left the property clean and tidy, replacing floorboards with care and making good external paintwork after necessary alterations. Simon explains things clearly, and displays sincerity about being available in the unlikely event that any problems arise.